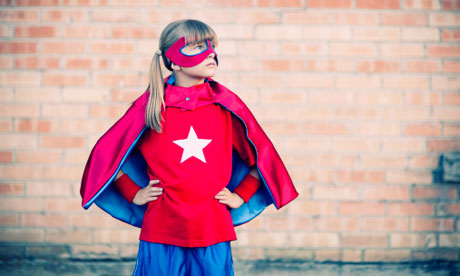 So I have stopped by today without a clue of what I am going to write. I usually wait for some inspiration but I have begun to wonder if the belief that I have to wait for some sort of “ah ha” moment to write something is an erroneous belief. So, I am just showing up. Cease talks a lot about “not planning” and that most creativity springs forth from not knowing or planning what one is going to say. Masters says the same. He also talks about being comfortable with fear and being cognizant of it rather than trying to deny it’s existance or resenting it. Somehow with the mere observation of “it”, fear will begin to diminish and shrink. It doesn’t like to be “seen”. He will often say he doesn’t know what he is going to say, it just happens. Many other gifted speakers and writers say the same. So I have decided to bridge out from sitting, waiting and hoping  for some sort of inspiration to hit me and just walk forward and do my thing, sink or swim. No plan.

I have been thinking a lot about why I haven’t finished a novel yet. I have started and stopped 3. It is not about not being capable because if one looks at the amount of blogging and journaling I have done over the years I could put together 10 novels. I was listening to a well known author talk about the impedes behind different sorts of author’s writings. Some writers can write all the time no matter life’s circumstances. Words come forth from their souls like water from a fountain and it is effortless for them. They have no belief that they couldn’t do otherwise. So, they just do it. Other writers have to experience the difficulties, trials and tribulations of life and that experience serves as their inspiration. They have to push through dense walls of misinformation accumulated from years of negative programming. These individuals struggled with self doubt, fear and a lack of confidence but at some point they got back in touch with what they once had and who they were as a child and overcame those obstacles. I am a member of the latter group. I am in that process of tearing down walls of misinformation and wrong thinking. I really believe we are all given gifts and purposes that we are fully aware of as a child but at some point, sadly, for most of us, those flames are doused and put out. Well meaning adults, family, friends, society, culture and even religion say and do things that attempt to extinguish any remaining embers because many of us have a poor ability to shut the world and it’s worthless noise out of our minds. It has taken me well over 40 years to gain awareness that many of my thoughts and beliefs were never really mine to begin with. Nor did they proceed from the heavens, they came from the opposite to be frank. They were inserted there and because I was a fairly fearful and traumitized child open to suggestion the world gave me they invaded my being. I unconsciously consumed this misinformation like poison and it became part of me. Those lies are the me that is not me. They are useless and harmful programs that somehow made their way in my programming and I am seeing them now and purging them on a continual basis.

When I was a child one day I was a cowgirl riding the range in the wild, wild west. The next day I was a spy in a foreign country somewhere on a secret mission to save the world. The day after that I was trapeze artist, flying through the air, doing flips and soaring above heads of a stunned and delighted audience. Every day nothing was impossible and I could do anything. The world hadn’t told me anything different, yet. My mind could take me anywhere and everywhere I wanted to go. That changed for many, many years. The child went away. I thought, for a season, that she was gone for good and that felt like death. Thankfully, I am rediscovering her again. She looks a lot different on the outside but she is still in there on the inside demanding I wake up and hear her once again. She has a plan. She giggles and gleefully whispers it in my ear. “Come on” she nudges, “let’s do it!”

So, let the adventure begin!